The College of Pharmacy...Responsibly Distanced but Permanently Connected Emotionally, Intellectually, and Professionally

Celebrating the Class of 2020 looked different this year, but our enthusiasm has never been greater! Doctor of Pharmacy (PharmD) and Doctor of Philosophy (PhD) graduates know, from what they have accomplished, that it takes adaptation and perseverance to earn an advanced degree. 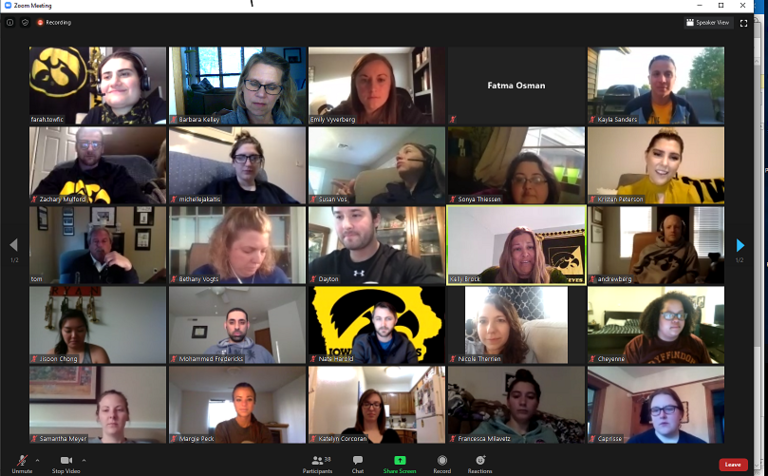 Commencement week kicked off with the UI College of Pharmacy Genesis Board—young alumni who provide opportunities to facilitate student success—offering a virtual toast to the graduates. An "Ode to the Class of 2020" was read aloud, authored by Emily Vyverberg, ’09 PharmD. Graduates shared their favorite memories, plans to carry out the pharmacist oath, and thoughts on transforming into a pharmacist.

The Doctor of Pharmacy live-streamed Commencement took place at 10:00 am Thursday, May 14. President Bruce Harreld, Executive Vice President and Provost Montse Fuentes, and Board of Regent President Michael Richards welcomed the graduates and their families to the unprecedented ceremony. 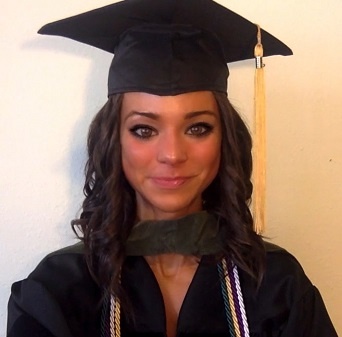 After degrees were conferred, graduates were presented on a series of scrolling ‘cards.’ Numerous short congratulatory videos, submitted by families, faculty, staff, and alumni concluded the event.

The PhD live-streamed Commencement took place on Friday, May 15. Kendra Bell received her Doctor of Philosophy degree in Pharmaceutics with assistant professor Lewis Stevens as her advisor. Bell, originally from Binghamton, New York, holds an undergraduate degree from Campbell University in North Carolina. Her research is on the mechanobiology of reactive oxygen species mediated toxicity in neurons and glia. Bell has taken a position with QPS, a contract research organization in Delaware.