According to the Centers for Disease Control and Prevention (CDC), the 2017-2018 flu season proved to be one of the worst in years.  Consequently, a pharmacist's role in helping keep our community healthy is more important than ever. UI Doctor of Pharmacy students receive extensive training on administering immunizations, and many of them have ample opportunity to practice and perfect their skills during immunization clinics. 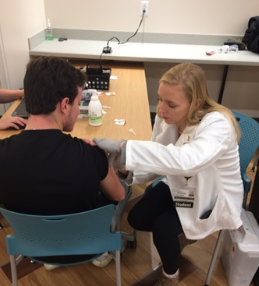 From September-November, 230 Doctor of Pharmacy students from six student organizations provided over 8,400 flu vaccinations! The immunizations were given during 105 clinics on campus and in the community to UI employee and students, the general public, and at area businesses.

Student National Pharmaceutical Association (SNPhA) saw a significant increase (1,200 percent) in vaccines given from last year, from 50 to 600. This increase was largely due to a new relationship established with UI Student Health, which led to four new immunization clinics at the Colleges of Medicine and Dentistry, the Hawkeye Marching Band, and two undergraduate dorms.

Our goal for this year was to increase access to immunizations, especially for students. I think students often see receiving their flu shots as an inconvenience, so we tried to remove some barriers present to help increase the health of our campus community.

The American Pharmacists Association Academy of Student Pharmacists (APhA-ASP) also saw an increase in immunizations administered, from 6,885 in 2017-2018 to 7,205 in 2018-2019. Vaccines were given during 21 clinics in the community, and 46 clinics on campus for students and employees.

Caprisse Honsbruch, third-year Doctor of Pharmacy student and Operation Immunization chair for APhA-ASP, was recognized at the APhA-ASP Midyear Regional Meeting in October for her outstanding efforts in organizing the 2018 immunization campaign. She believes strongly that vaccines are an integral part of improving public health as preventive medicine. 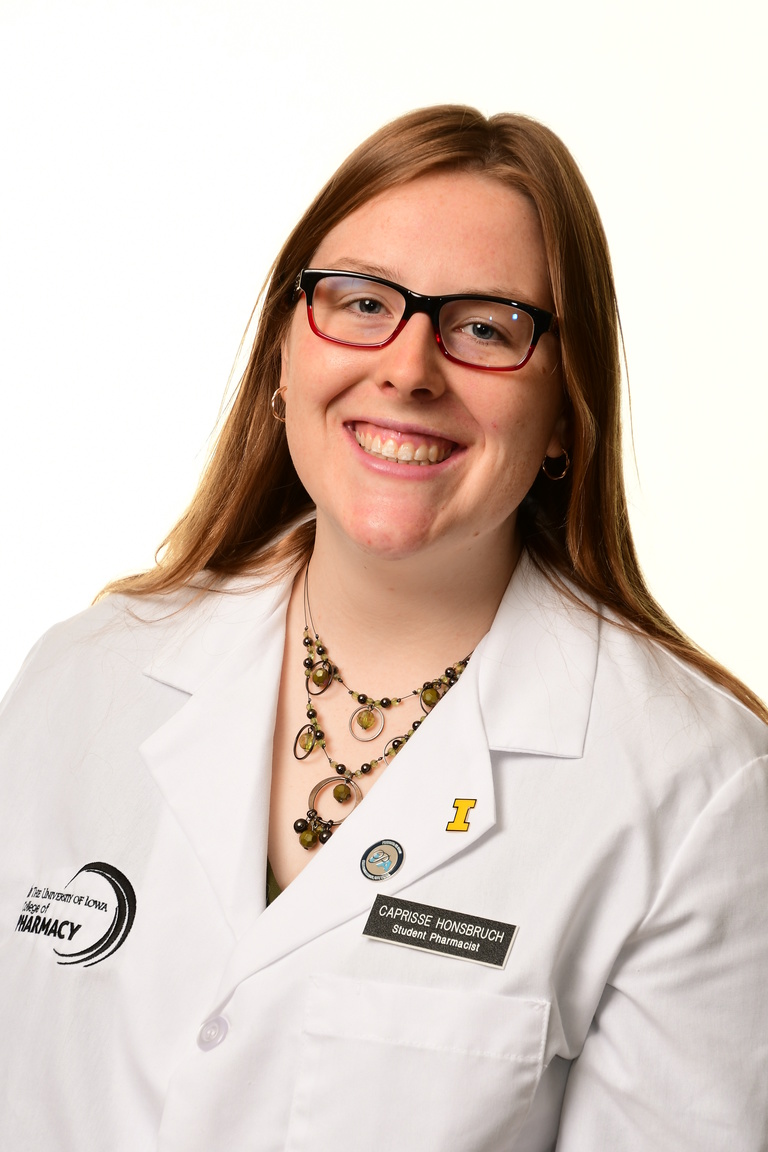 Student pharmacists are uniquely positioned to help educate and give immunizations with the training we receive in school. One of the reasons the number of shots given continues to increase each year is because more student pharmacists are involved with education and spreading awareness to the public about the importance of vaccines while debunking myths.

For many of the student organizations, the clinics were part of a national campaign designed to increase the community's knowledge about immunizations while increasing the number of people receiving vaccinations. In addition to practicing immunization-giving skills, the clinics also provided opportunities for student pharmacists to interact with patients, organize events, create partnerships, and build relationships with campus partners and area business.