A Family Affair: Daniels Give Back 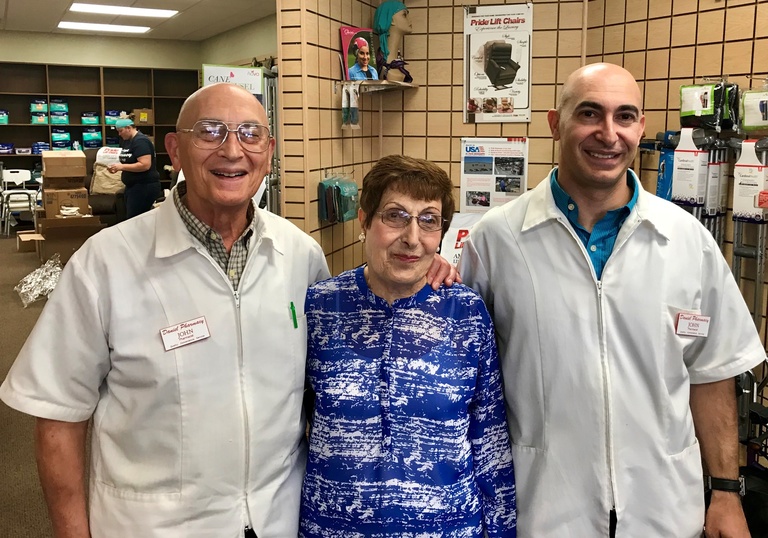 For John and Margo Daniel, pharmacy is truly a family affair. John Daniel, '55 BSPh, opened the Daniel Pharmacy in Fort Dodge, Iowa in 1963 with his parents. Now owned and operated by John and his wife, Margo, many of their children are involved at the pharmacy in some capacity. Mary Kay, their daughter, oversees home healthcare products and runs Mary Kay Gifts and Home Decor, which is adjacent to the pharmacy. Their son, John III ("Johnny"), '99 PharmD, is a pharmacist and co-owner of the pharmacy. His main responsibilities include running the pharmacy's prescription department and compounding lab.

The Daniel Pharmacy, Inc. is currently the only independent pharmacy in Fort Dodge and has become an integral part of the community. The Daniels enjoy getting to know the families in Fort Dodge and take an active interest and role in their health and lives. So much so, that one stop people often make when returning to Fort Dodge for a visit, is the pharmacy.

The theme of "family" has extended into the Daniels' philanthropic efforts with the UI College of Pharmacy. John and Margo are longtime supporters of the University of Iowa and established a scholarship for pharmacy students in their name in 2008. The John and Margo Daniel Scholarship is awarded each year to a Doctor of Pharmacy student from Fort Dodge (or the surrounding area) and has supported six students since its inception.

Education is an investment for everyone. You do so much good, so much of it will come back to you

John and Margo were inspired to give back while Johnny was a pharmacy student. The faculty and deans at the UI College of Pharmacy elicited a feeling of family, which helped the Daniels form a strong connection with the college. That connection—along with John's pride for being an alum of the college, the Daniels' excitement about the direction of the UI College of Pharmacy, and the college's high caliber of students—ultimately led to the scholarship.

Over the years, John and Margo have become mentors and friends, so it is an honor to receive a scholarship in their names. They embody the best of what the practice of pharmacy in Iowa offers through their dedication to serve the community, steadfast patient advocacy, and contribution towards educating future pharmacists.

Thanks to the generosity of the Daniels, Zach and future scholarship recipients have received invaluable support towards a successful pharmacy education. They are a shining example of all that the UI College of Pharmacy embodies—a collaborative and compassionate culture where students are the focus.