As a result of these close ties, the Greenwoods have made a substantial donation to the new pharmacy building campaign. Their generous gift will fund the creation of the Greenwood Active Learning Center, one of two premier spaces where students will participate in the learning process. The Active Learning Center can transform from two 60-seat classrooms to one 120-seat classroom, or a 300-seat seminar space.

“We owe much of our success to the University of Iowa College of Pharmacy,” said Bob Greenwood. “We have had the opportunity to mentor and hire many young pharmacists at our retail, compounding, and rural pharmacies. We recognize the excellence of the education provided by the college, and we want to support its growth and future success.” 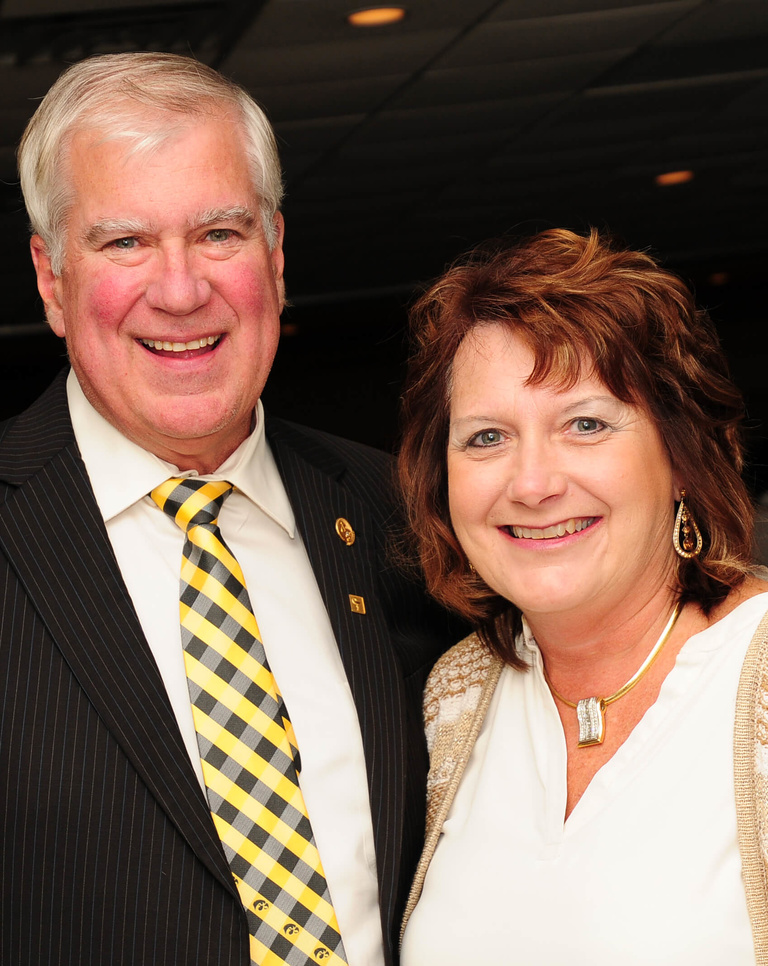 With our gift, Chery and I want to support the continued growth of the college as well as the future success of its students and faculty members.

Bob Greenwood is a member of the UI College of Pharmacy’s Executive Leadership Board, Dean and Professor Donald E. Letendre’s advisory committee. His connection with the college started not long after he and his wife established their first pharmacy in Waterloo in 1977. Over the years, as the couple expanded their network of pharmacies, they started working more intensively with the college to provide on-site training to students in the Doctor of Pharmacy (PharmD) program.

The Greenwoods own four pharmacies in Iowa: Greenwood Drug in Waterloo, Denver Drug in Denver, Greenwood Pharmacy and Compounding Center in Waterloo, and Evans Crossing Pharmacy in Evansdale. They are partners in Reinbeck Pharmacy, in the same-named Iowa town.

Bob Greenwood says he still remembers the first time he met former UI College of Pharmacy Dean Jordan Cohen in 1999, and Cohen stressed the importance of training pharmacists to serve smaller Iowa communities. For Greenwood, this struck a major chord; his life's work has been in community-focused pharmacy services.

“Jordan promised me there would be an increased focus on training community pharmacists that wanted to practice in Iowa, and that further piqued my interest in supporting the UI College of Pharmacy,” Greenwood said. "I would not be where I am today without the expertise and hard work of pharmacy graduates who have worked in our pharmacies.”

Greenwood met Letendre in 2008 at the Iowa Pharmacy Association’s annual meeting, and was impressed by his educational vision and goal of providing Iowa communities with well-trained pharmacy professionals.

“Our friendship started as we talked about the need for pharmacists in the community and his commitment to fulfill those needs,” said Greenwood. “I was also struck by his desire to bring new innovation to pharmacy education by fostering stronger partnerships with pharmacists from Iowa and across the country.”

The new pharmacy building is expected to be completed in early 2020. The Greenwoods hope their donation will help to make the facility a place where many future pharmacy careers are launched.

“My advice to students is that they take full advantage of the opportunity to learn from top-notch faculty members and pharmacy experts at both the UI College of Pharmacy and the University of Iowa Hospital and Clinics,” said Greenwood. “With our gift, Chery and I want to support the continued growth of the college as well as the future success of its students and faculty members.”