Donor Profile: A Family and Corporate Family of Johnsruds

A father-son team of UI College of Pharmacy graduates, and their family—corporate and otherwise—have committed substantially to the success of the college’s new building.

TJ Johnsrud is the founder and president of NuCara Pharmacy—initially called Conrad Pharmacy—which began in his current city of Conrad, Iowa, and has become NuCara Management Group. The group oversees and co-owns—with Dakota Drug—43 community pharmacies and home medical equipment sites in six states, along with pharmacies providing sterile compounding and specialty medications.

The idea of a family gift— including NuCara team members, who are a close-knit group— came first from NuCara CEO Brian Wegmann. That gift ultimately became the board room. “Although Mike is the only pharmacist [in the birth family], all family members support the profession,” TJ said. 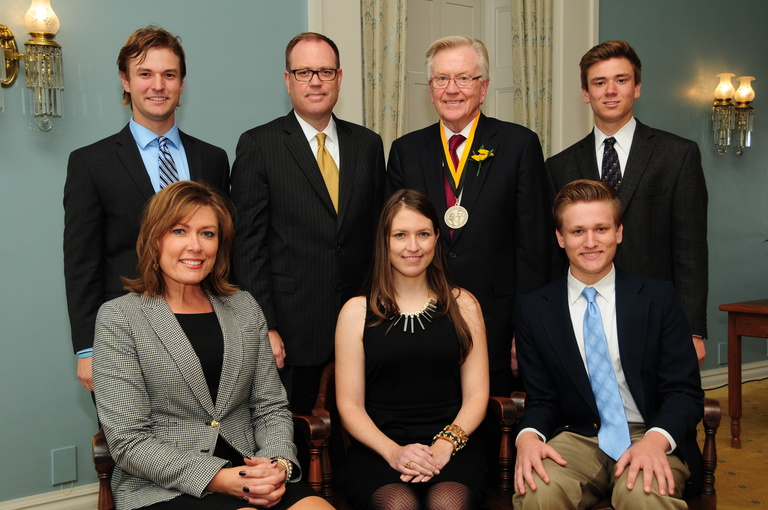 “To pull this off, a great number of people made gifts to the college,” said TJ. “Jointly, everybody would want to say that it’s all about the students and providing them a first-class learning environment.”

“Mike and I decided to separately sponsor the class and study room on the first floor because we are College of Pharmacy graduates,” added TJ. Mike has worked in both academia and healthcare consulting. He is currently the executive director and a senior research scientist at the University of Texas at Austin College of Pharmacy’s Texas Center for Health Outcomes Research and Education (TxCORE).

The Johnsrud grown children were raised by a mother who was a nurse by training—Margaret Johnsrud—and TJ as the owner of then-Conrad Pharmacy. “I grew up interested in a career in healthcare,” said Mike. “Because of that, I spent a lot of time in the pharmacy, and had a chemistry set in the back room. … That interest eventually led me to the University of Iowa and the College of Pharmacy.” 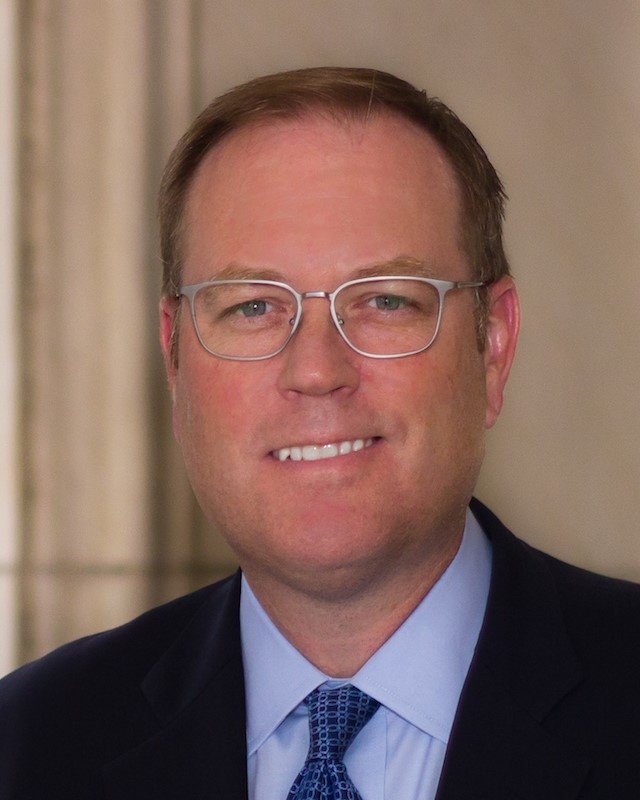 Pharmacy school ... creates camaraderie and relationships that carry you through your personal and professional life. The new facility is going to create a great gathering space and atmosphere for that.”

“Looking back on pharmacy school, what I remember most is getting together with fellow students to prepare for all the various tests and all the places we went across campus to do that,” Mike said. “That creates camaraderie and relationships that carry you through your personal and professional life. The new facility is going to create a great gathering space and atmosphere for that.”

“It’s a great College of Pharmacy,” said Mike. “We wanted to be a part of the alumni and more broadly, the culture of pharmacy in Iowa which are supporting current and future students and the faculty. To me this is an opportunity to help the college advance and differentiate itself from other Big Ten schools, and nationally.”

TJ added, “There is no doubt that pharmacy is changing dramatically, and the college has always been at the forefront of innovation. The support that the modern new College of Pharmacy building has received is a huge statement in that regard.”

Both Mike and TJ Johnsrud are active leaders and contributors in the field of pharmacy, including professional organizations and other pharmacy policy initiatives. TJ is an emeritus of the UI College of Pharmacy Executive Leadership Board, and Mike has accepted an invitation from Dean Donald Letendre to join in 2020.

They will be the first two-generation members of the Executive Leadership Board.