Marie Gaine studies how a person’s environment can impact them at the genetic level: information that could ultimately help predict who is at higher risk for psychiatric disorders, as well as new disease treatments.

Earlier this year, Gaine joined the University of Iowa College of Pharmacy’s Department of Pharmaceutical Sciences and Experimental Therapeutics as an assistant professor.

“One of the most fascinating things about DNA methylation and epigenetics is that it is dynamic; it can change due to our environment,” Gaine said.

Gaine's field, epigenetics, looks at how a person's environment, diet, aging or other factors can affect the messages that a gene delivers in the body. Such changes can be for better or for worse.

She explained that while genetics researchers focus on DNA itself—the A, C, G, and T code inherited from parents, which provide building block information for each of our cells—scientists in her newer field (epigenetics) look at “changes to the DNA that don’t change the underlying DNA sequence, but have an equally important role to play in the cell.”

So, in Gaine’s field, DNA itself is not the primary focus. Instead, the center of attention are modifications on the DNA. Specifically, epigeneticists consider how DNA changes depending on a person’s environment, what they eat, or even aging over time. Gaine is interested in specific changes in the genome; when their patterns (of methylation) change, a gene’s message about what proteins to build in each cell can also change: for better or for worse.

DNA methylation is the addition of a methyl group to typically a cytosine (C) preceding a guanine (G) in the genome.

Gaine gave this example: “Studies have shown that individuals chronically exposed to pesticides have different DNA methylation patterns in their blood cells than those who have been less exposed.” This discovery has driven a new study in the Gaine Lab to study pesticide exposure in individuals with bipolar disorder who died by suicide.

If such environmental factors end up flipping a switch in a gene causing an unhealthy or abnormal response, disease can follow.

Gaine has been at the UI for eight years. Prior to that, she received her PhD in Molecular Biology from Queen’s University in Belfast, Northern Ireland.

In her first role at Iowa, she was a postdoctoral researcher in the Department of Psychiatry in the Willour Lab. There, she sought to explain the high rate of suicidal behavior among people with bipolar disorder. To do this, she studied DNA methylation changes in post-mortem brain samples from individuals with bipolar disorder who died by suicide. 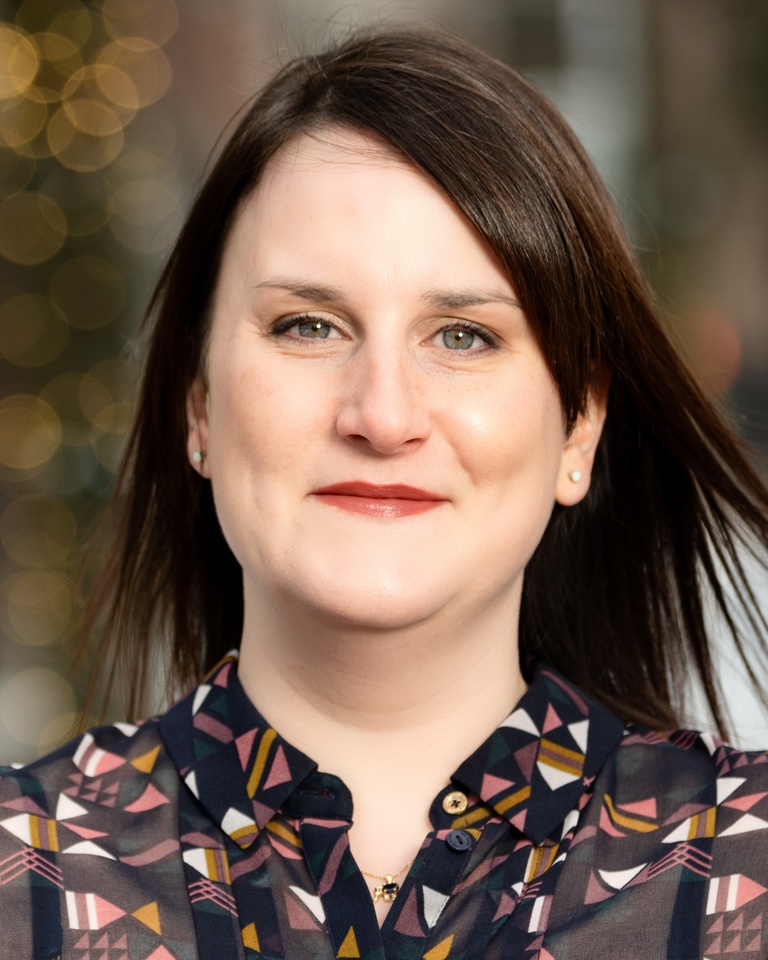 While getting such answers can lead to treatments, just as importantly for Gaine, it can breed empathy towards people with suicidal tendencies. “I was driven to research suicidal behavior to provide biological answers to those suffering because of this disorder,” Gaine said. “It is important that people understand that suicidal behavior is a disease with a biological basis.”

For the past three years, Gaine worked in Ted Abel’s Lab in the Iowa Neuroscience Institute, conducting research that used mouse models. There, she began studying neurodegeneration and Parkinson’s disease using a mouse model with a genetic variant in a gene called Prkar1b that had previously been associated with neurodegeneration. The genetic variant was introduced into mice using CRISPR technology, and when they got older, they found that the mice with the mutation performed more poorly at motor tasks. This suggests that the mutation leads to age-specific motor deficits, and Gaine is continuing to study this mouse model to understand how these changes to motor function may develop using molecular biology techniques.

In her new role, Gaine has been submitting grants to build upon what she has learned.

Some of Gaine's research could lead to better treatments for the motor symptoms that people with Parkinson’s disease have.

One was recently submitted to the Michael J. Fox Foundation for Parkinson’s Research. She wants to track the underlying biological changes in the Prkar1b mice at different ages with the overall goal of identifying biomarkers that occur at earlier ages. Ultimately such research could lead to better treatments for the motor symptoms that people with Parkinson’s disease have.

She is currently funded by the Brain and Behavior Research Foundation (NARSAD), and the Nellie Ball Trust (in collaboration with Aislinn Williams, MD, PhD; and Krystal Parker, PhD; both also of the UI).