A few years ago, a pharmacy student had an idea for a business that would fix issues in the nation’s drug-making system. He knew it could save lives and offer improved products to patients. Iowa Pharmacy graduates rallied around then-student Matt Stahl and his idea. Today Stahl is CEO of the resulting venture. It is gathering steam and has begun moving off the launchpad.

Stahl, ’21 PharmD, co-founded Steel Therapeutics with two others. An additional leader is on the core team, which has raised $2.1 million and is going out for its next round of major funding. 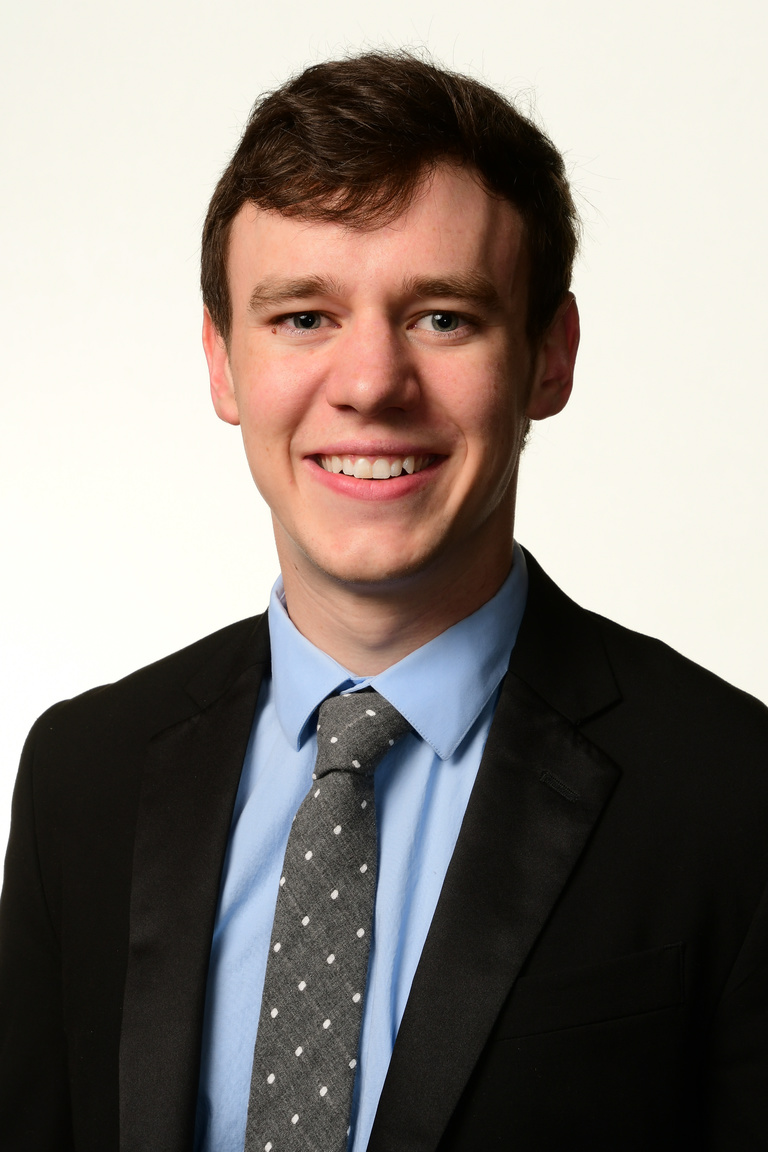 The business leaders have filed a patent for and prototyped the startup’s initial product, Fizurex, which is on the verge of animal testing after an initial meeting with the FDA.

“We are sitting on a treasure trove of opportunities for other products well beyond Fizurex that will increase patients’ access to care. Our model will lead to safer drugs and better delivery mechanisms. We’re really excited.”

By “we”, Stahl meant himself; co-founder and co-graduate of the college Robbie Schwenker, ’12, PharmD; co-founder and chief financial officer Allen Phillips; and a veteran biotech executive, President and Chief Operating Officer Ben Clark.

Protecting the Spark of an Idea

Stahl knew as a first-year student that he wanted to focus on the pharmaceutical industry rather than a traditional pharmacist role. He was introduced to mentors in the field and got a job in medical writing. His role grew, and he got to see first-hand how pharmaceutical giants, such as Pfizer and GFK, bring new drugs to life and to market.

“I noticed trends for getting drugs through the requirements that result in FDA approval, said Stahl. “I thought, I could do this process for a different drug.”

That spark of an idea has become the wildfire of a network that supports Steel Therapeutics. Stahl talked to fellow student Julie Breuer, ’21 PharmD—now his fiancée—and she connected him to the first college alum that added tinder to the project’s spark. It was her then-boss, Schwenker, a NuCara pharmacist who helped found the business in 2020.

“She said, ‘Robbie (Schwenker) is a leader in the compounding pharmacy world. He’s super entrepreneurial. He talks about his business ideas a lot,” Stahl said. “I called him up and told him my thoughts.

The duo worked together for about a year before they chose Fizurex. It will be the first-ever disposable medicated wipe for treating fissures, an ailment suffered by 1 in 350 U.S. adults.

“Robbie and I agreed, this was perfect timing,” Stahl said. Their pitch to the program committee—led by the Genesis Board—was a success. Tinder had been added to the kindling. “The Hart Program really sped up the development of this company.” It provided seed funding, mainly for an intellectual property review to make sure there were nothing blocking the potential business.

“The College of Pharmacy network started the fire that spread to all of this,” Stahl said.

The collegiate network was the first to begin and grow, followed by university networks—including Iowa Venture Mentoring Services—and the Corridor-level Iowa Startup Accelerator network. The ISA Ventures network provided $600,000 over 18 months for meeting development milestones. It also connected the business with Midwestern investors and beyond to the coasts.

“You look at the map and see dots, which turn into webs with their own dots of people that one introduced to the others,” Stahl said.

“This level of connection and success is something that couldn’t have been planned, and the UI network knocked the first domino down.”

The next major phase of funding should bring Steel Therapeutics’ first product through the second of three phases of human trials. In total, company leaders believe they could get FDA approval for Fizurex with less than $50 million.

The key healthcare system improvement that the business model addresses is this: Currently, drugs can be compounded by pharmacies in a way that is not regulated by the FDA and can vary between pharmacies. If Steel can get government approval for some of the currently-compounded products, it will allow for greater manufacturing regulation. Government regulated medicinal products are consistent and safer for patients. Such products are also more likely to be covered by insurance, which means more patients can access them.

The Fizurex wipe is expected to come to market in 2026.

The name Steel Therapeutics is a nod to the strength of the team. Stahl explained: “Like steel, the building material, our team is made up of individually unique and specialized elements that when combined, are drastically stronger.”