Carrie Oxencis: Fired up by a Challenge

Carolyn “Carrie” Oxencis is a good listener. She listens to the struggles her cancer patients face. Then she “listens” to what their specific tumor’s biological markers reveal through specialized tests. The gears in her mind start turning. The best weapon to fight the tumor’s weakness soon becomes clear.

The weapon might be new to Oxencis, because her inventory of medications is ever changing. She sets her sights on the enemy’s vulnerable point, protects her patient the best she can, and attacks.

“Your tumor’s cells tell you what drug will work or not, and that helps tailor therapy,” said Oxencis, ’05 PharmD, BCPS, BCOP. “Likewise, a person’s genes can often tell you which medications will have more side effects for them. With this type of personalized medicine, one-size-fits-all treatments are going to become a thing of the past.” 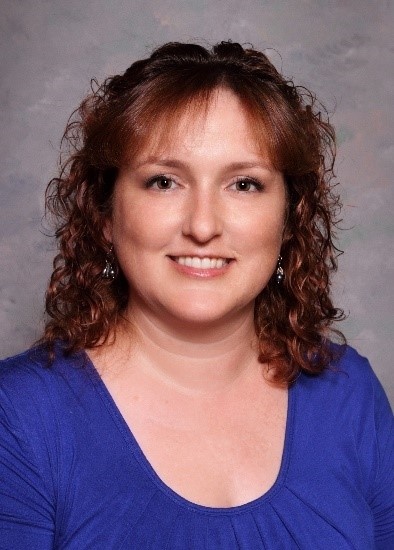 Oxencis works for the Froedtert & the Medical College of Wisconsin (MCW) Clinical Cancer Center. Her role is similar to many faculty members of the UI College of Pharmacy; she is a practicing pharmacist in a hospital and also trains pharmacy students and residents.

The alumna spent the first eight years of her career in critical care. A decade ago, she began working as an oncology pharmacist. Now, she has begun work as the institution’s first pharmacogenomics and precision medicine clinical pharmacist. She leads pharmacy operations for the new Rare Cancer and Precision Medicine department, which is one of the first in the country.

In her new role, Oxencis sees the cancer patients who have exhausted traditional treatments.

Providers in the clinic run additional tests to see if “something totally unique” can help, such as an experimental treatment or off-label use of another medication.

She also is driven to bring genomics to other types of patients. “Your genes can impact whether certain cholesterol or pain medications work for you or not,” she said. “Some medications’ product labels even state whether they work for certain genetic variants.

“The average out of pocket cost for genomic sequencing and gene testing used to be in the tens of thousands of dollars 10 or 15 years ago. It’s come down quite a lot, to $150 to $200. The price drop is encouraging insurance plans to reimburse for the testing. It’s actually economical for them to use the tests to prevent medication side effects that could land people in the hospital. Even if there are no side effects, without testing, insurers are still paying for a drug that maybe doesn’t work,” said Oxencis.

The Ankeny, Iowa, born pharmacist originally came to the UI on a journalism scholarship. But she pivoted, wanting to help people through healthcare. She chose pharmacy to avoid having to perform invasive procedures or get too hands-on with patients. She was delighted that school leaders “had faith” that “this random applicant” could make the grade. In addition, it meant a lot to her that now-emeritus dean and professor Bernard Sorofman allowed her to finish her journalism degree while in pharmacy school, she said.

It’s actually economical for [insurance companies and other payers] to use the tests to prevent medication side effects that could land people in the hospital.
~Carolyn Oxencis

“I like to be challenged and to learn every day, and this is an exciting career,” said Oxencis, the widow of the late Joseph W. Oxencis, who she met through the college. They had two children together. Oxencis is also rooted in her community and profession.

She co-authored the updated statement on the pharmacist’s role in pharmacogenomics released last year by the American Society of Health-System Pharmacists (ASHP). “It outlines every single area where pharmacists can have an impact, whether it be patient education or helping providers order the right tests, to interpreting the tests, to helping with informatics that supports clinical decision-making. Alerts can pop up and say ‘This patient needs X, Y, or Z vaccine,’ or ‘Don’t use this drug. This patient has a genetic variant that says it won’t work’,” Oxencis said.

“I don’t think my job is going to exist very long,” Oxencis said. “It is my hope every pharmacist learns about genomics just like they learn about insulin use for diabetic patients and other core competencies.”