Twenty-two members of the new PharmD class (Class of 2026) are the first to have been admitted via the College’s Assured Admissions program.

When these students were high school students, they were essentially guaranteed admission to the UI College of Pharmacy as long as they met qualifications and maintained good grades. They received academic support and resources to transition directly into the College’s professional pharmacy program.

“We have enjoyed getting to know our first groups of students going through this program, and it was exciting to see them receive their white coats with the rest of the class of 2026,” said Susan Vos, clinical professor and associate dean of student affairs. “Students admitted in this way are assigned a College of Pharmacy advisor and connected to us even before their first year as an undergraduate student. In their second undergraduate year, they also connect with our student organizations and are added to PODS.”

There are four PODS, which stands for Professional Outreach and Development Societies. Each society has PharmD students from across classes who support each other and learn together, and faculty, pharmacist practitioners, and alumni are also members. 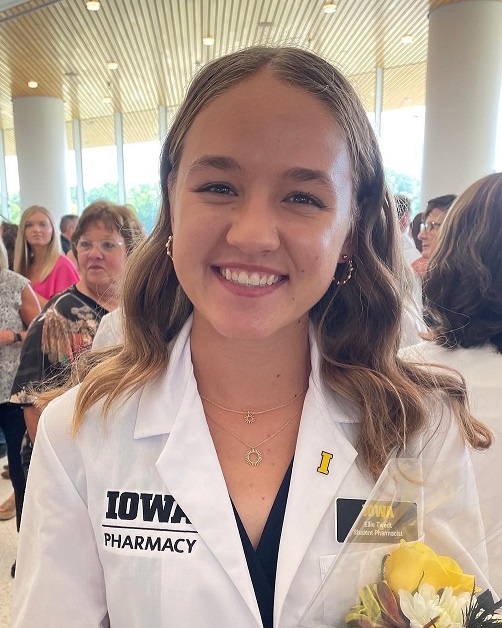 Two students, both Iowans, were interviewed for the story: Ellie Twedt of Elkhart, Iowa, and Dawson Mueggenberg of Kelly, Iowa. As high schoolers, both decided that pharmacy was the field for them. Then research—including campus visits and the knowledge that the College is among the top 20 in the nation—pointed them in the direction of the UI.

“Before I decided on pharmacy, I worked in a local vet clinic and found that I really liked the drug aspect of the practice. … As I did more research about the career, I could see a lot of myself and my interests reflected in the field of pharmacy,” Twedt said.

Whereas Twedt began by experiencing a bit of pharmaceutical care and then matching it to herself, Mueggenberg took the opposite path to discovery. He had always wanted to help people through healthcare, he said. He explained, “I then began to research the career and learned all kinds of things about pharmacy that I had had no idea about before.

"I loved how pharmacists can have such an impact and relationship with their community. I also liked how broad of a career pharmacy was.”

For Twedt, the program advantages went well beyond knowing that a pharmacy school spot in the Class of 2026 had her name on it. “It helped me meet other pre-pharmacy students taking some of the same classes,” she said. “Being in the program, I was also set up with a current pharmacy student mentor who really helped guide me on my way and made me excited about what was to come.” 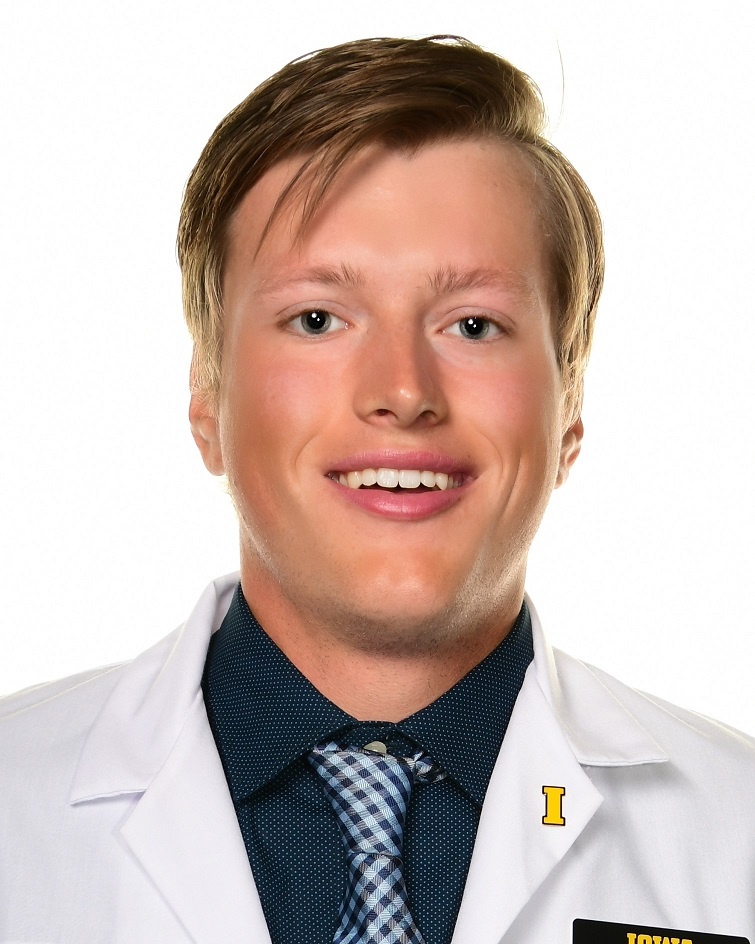 Both have been happy with their decision to join the UI College of Pharmacy.

“We had a great orientation week where I was able to meet my peers and even some faculty,” Mueggenberg said. “All the faculty were very kind and welcoming. Orientation week made me feel even more confident and ready to start school.

“I am very excited to be here and cannot wait for the rest of the year.”