“Being the youngest in my family, I spent a lot of time with my mom when my brothers were at school,” said Higgins, BA, a fourth-year doctor of pharmacy student at the UI College of Pharmacy. “Once I was old enough, my mom would take me with her to work as a pediatric physical therapist helping children with disabilities learn how to walk and regain functionality.

“It was my job to play with these children during their exercises and help them get better. She would pay me 25 cents an hour and at the end of the day I would get to pick out a toy,” he said.

Over time, Higgins saw the kids improve. “Growing up around this environment, I always knew that I wanted to make a career out of helping others. So healthcare was a logical choice for me, and physical therapy was what I was most familiar with,” he said.

Higgins earned a bachelor’s degree and accreditation in athletic training from the University of Northern Iowa (UNI). But as the program wound to a close, he found himself applying not to the next expected program—physical therapy school—but to pharmacy school. 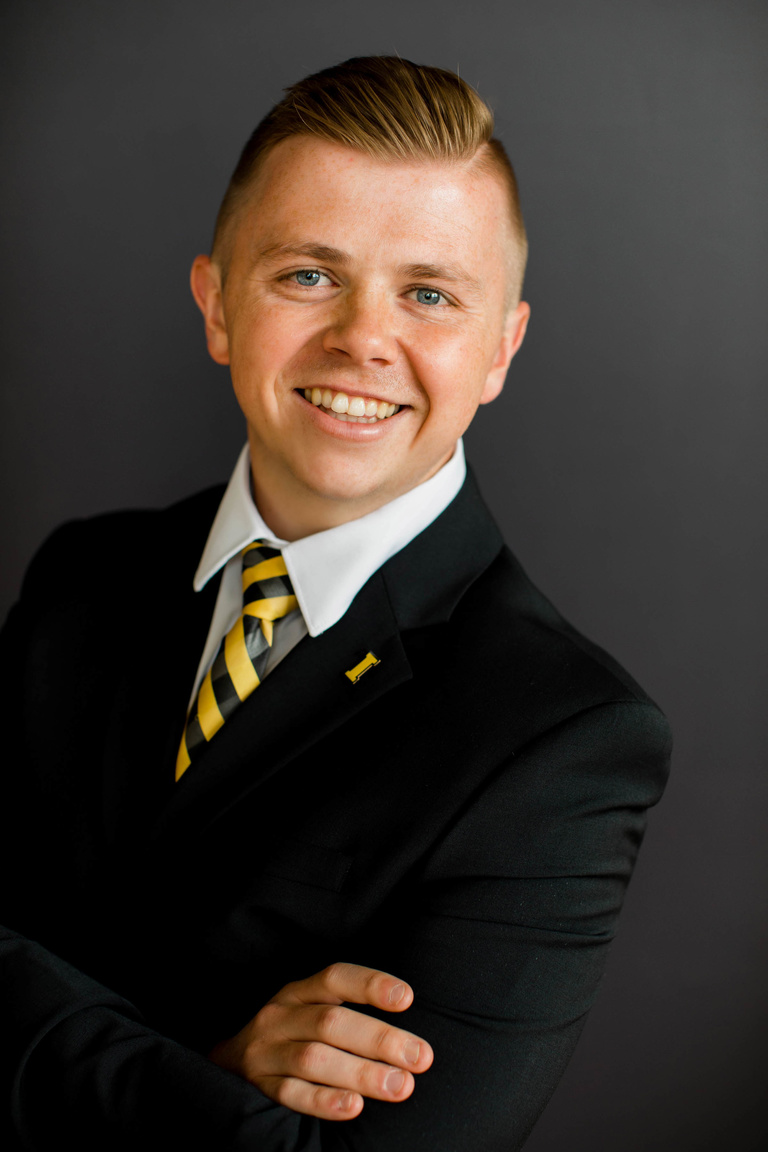 He had worked as a pharmacy technician first in his small Northern Iowa hometown pharmacy, then in a Cedar Falls HyVee to offset school costs. “Working at Bloemke’s my senior year of high school, I would consistently see my pharmacist have meaningful conversations with our patients about their medications and illnesses, but also about their families and loved ones, hobbies, and interests. I saw that our patients trusted my pharmacist more than almost anyone in their lives.

“My biggest reason for wanting to become a pharmacist was the near-constant patient interactions and the trust and vulnerability that comes with building a strong bond with patients. I also loved learning about the medications, and later, the fast-paced retail setting I was in. I desired to have a similar impact on my own community someday.”

Higgins chose not to pick between the professions of athletic training and pharmacy. His ideal career is as an executive advocating for pharmacists while also integrating pharmacists further into the area of sports medicine. He has begun a series of eight five-week clinical rotations (APPEs), culminating in a spring 2023 graduation date.

He has received financial and other support through the UI College of Pharmacy’s Hart Entrepreneurial Program to develop a business plan for a sports pharmacy consulting firm. “We would work directly with professional and collegiate teams and athletes to optimize medication and nutraceutical use to maximize athletic potential,” Higgins said. 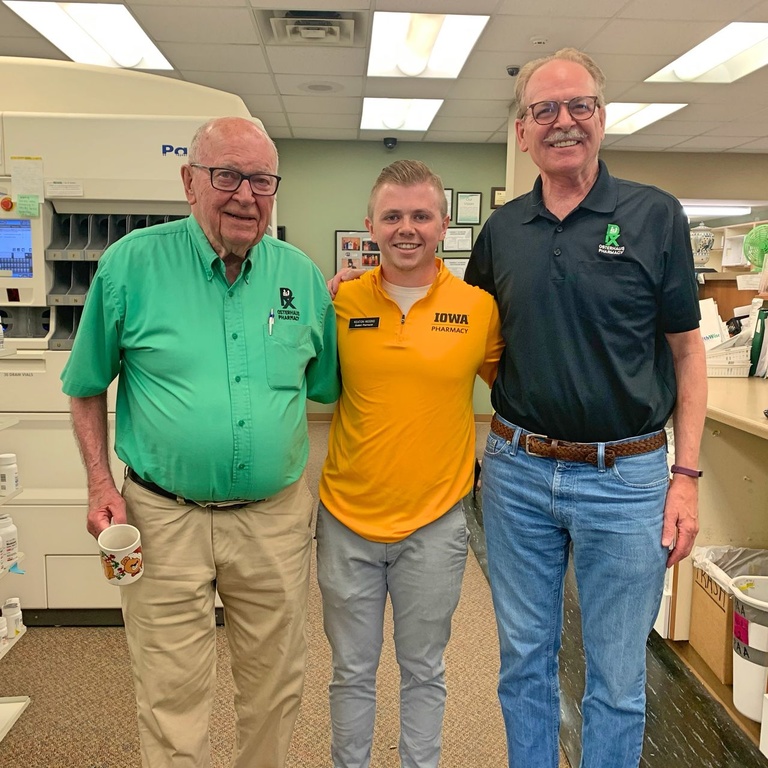 A U.S. Sports Pharmacy Group member, Higgins presented on the niche topic at UNI and the National Athletic Trainer’s Association annual meeting. He has also written articles for Sports Pharmacy Magazine and been a featured guest on related podcasts. Higgins is one of the biggest fans of Robert Nickell, the first pharmacist to work for the Olympics, and was able to meet him.

For the past three years, Higgins has served as the CEO of the College’s Healthcare Business Leadership Program. He helped create the Industry Pharmacists Organization at the College, which expands nontraditional career paths for pharmacists. He has served as the Iowa Pharmacy Association’s Executive Intern. He also helped CEImpact develop a brand new role: Education Ambassador.

You can follow Higgins’ experiences during his rotations on his monthly blog series, "Adventures of a P4," by reading his first and second posts and subscribing at the end to future posts.