Jordan L. Cohen—former dean of the University of Iowa College of Pharmacy—has been named the recipient of the 2018 Osterhaus Medal for Lifetime Achievement.

Cohen, BS, PhD, served as dean and professor of the college from 1999–2007 and is also an emeritus faculty member in the Pharmaceutical Sciences and Experimental Therapeutics (PSET) Department. 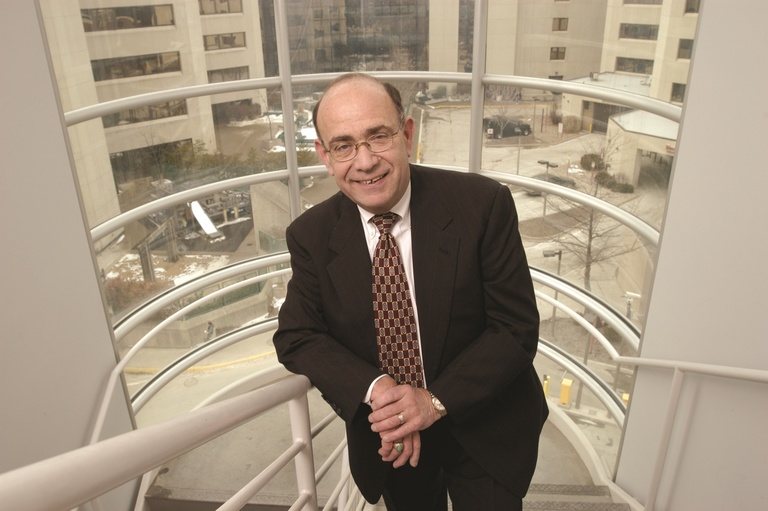 A native of Milwaukee, Wisconsin, Cohen received his BS in pharmacy in 1965 and PhD in pharmaceutics and analytical chemistry in 1969, both from the University of Wisconsin-Madison.

He served as a faculty member at the University of Southern California from 1969-1988 with an active clinical pharmacology research program in cancer, AIDS, and geriatrics therapy. While at Iowa, his research interests shifted to healthcare leadership in health sciences education and research.

Following his deanship, Cohen served as the UI’s vice president of research from 2008-2012 and then as special assistant to the provost until 2014. In that role, he led the UI partnership with Kirkwood Community College and eight local school districts in creating a unique model for teaching science, technology, engineering and math (STEM) to high school students at the Kirkwood Regional Center on the UI Research Campus.

Cohen served as president of the American Association of Colleges of Pharmacy (AACP), and as a director and subsequently chair of the Board of Directors of the United States Pharmacopeial Convention (USP). He was also a member of the Governor’s STEM Advisory Council and represented the university on the boards of the Iowa City Area Development Group, the Corridor Business Alliance, and the Iowa Innovation Council.

After multiple failures at retirement he and Jana—also a pharmacist—have relocated to Napa, California and their two children, Justin and Jamie, have successful law and business careers, respectively, in Denver.

The Osterhaus Medal for Lifetime Achievement is the University of Iowa College of Pharmacy’s pinnacle award given to a recipient who has advanced the practice of pharmacy in advanced ways or made substantial strides in drug development or drug discovery. It is  named after the founders and former owners of the forward-thinking Osterhaus Pharmacy in Maquoketa, Iowa—Robert Osterhaus, ’52 BSPh—and his wife, Ann Osterhaus.