On October 14, the University of Iowa College of Pharmacy will honor several alumni and friends during the Osterhaus Medal for Lifetime Achievement Symposium, Alumni Awards, and Investiture Ceremony as part of the College's Homecoming festivities. These awardees are representative of just some of the College's alumni and friends who have made great strides in their pharmacy practice, research, and community advancement while being tireless advocates for the profession of pharmacy and the College. Congratulations to the following award recipients:

The Distinguished Alumni Award is presented annually to individuals who have made distinguished contributions to the theory and practice of pharmacy or have demonstrated major accomplishments in a professional pharmacy practice, or in pharmaceutical research and development.

Jenelle Sobotka is a nationally and internationally recognized pharmacy leader. Her various career roles and professional involvement have given her numerous experiences in advancing the pharmacist’s role in patient care and in developing strong leaders for the pharmacy profession.

Her early roles included community pharmacy and VA Internal Medicine clinical specialist roles in Iowa City. Sobotka then joined the Iowa Pharmacist Association, where she held positions in education program development, training and implementation of pharmaceutical care practice, and legislative advocacy for the pharmacists of Iowa.

After 12 years at Procter & Gamble, Sobotka left to join the faculty of Ohio Northern University to support education in practice advancement and leadership development for the Doctor of Pharmacy program. In 2016, Sobotka was hired by the University of Cincinnati to develop their new Graduate Program in Pharmacy Leadership. In addition to teaching this fully online MS and Graduate Certificate program in Pharmacy Leadership, Sobotka also leads the course content on leadership development for their PharmD program.

Todd Semla is a three-time graduate of the University of Iowa College of Pharmacy, receiving a Bachelor in Science in 1981, a Master in Clinical/Hospital Pharmacy in 1983, and a Doctor of Pharmacy in 1985. He stayed at Iowa to complete the ASHP Fellowship in Geriatric Pharmacotherapy in 1986 under the direction of Dennis Helling.

Semla spent his career in academia and government service. In 2018, he retired from the U.S. Department of Veterans Affairs Pharmacy Benefit Management Service, where he was the national PBM clinical pharmacy program manager for Mental Health and Geriatrics. He has been a clinical associate professor of Medicine in General Internal Medicine and Geriatrics, and Psychiatry & Behavioral Sciences at Northwestern University’s Feinberg School of Medicine since 2003.

Semla is a fellow in the American College of Clinical Pharmacy and the American Geriatrics Society. His activities with ACCP include being a founder and past chair of its Geriatric Practice and Research Network and serving on the Editorial Board of its Pharmacotherapy Self-Assessment Program from 2002 to 2009. Semla has been an active member of AGS since 1987 and served as the Society’s first non-physician president and board chair from 2007 to 2009.

The Honorary Alumni Award annually honors friends of the College for their personal contribution toward pharmacy achievement, leadership, and service to the profession, or exhibits exceptional service to the College. These individuals inspire our students and serve as role models. 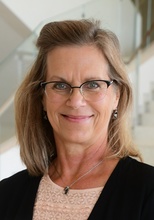 Barbara Kelley is the director of External Relations at the UI College of Pharmacy, serving in this capacity since 2011. An experienced communicator and adept at building and maintaining relationships, she drives engagement initiatives at the College. Kelley leads all external communications, is instrumental in promoting the College to stakeholders and recruits, strategizes message development, and directs all brand integration.

Kelley launched the Professional Mentorship Program, a program that pairs experienced pharmacists with first-year PharmD students. She has also been instrumental in advancing the Zada Cooper Leadership Initiative, which seeks to honor pioneer Zada Mary Cooper and encourage students, faculty, alumni, and friends to become involved in leadership opportunities. 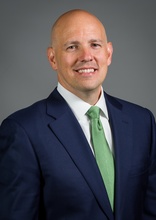 Edward Yorty is the chief executive officer and president of Pharmacists Mutual Insurance Company and its subsidiaries. He was elected to the company’s Board of Directors in 2011 and serves as chair of the Executive and Corporate Planning committees. He also serves on the Investment Committee.

During his tenure at Pharmacists Mutual, he has led the insurer on its final push to provide coverage to pharmacists in all 50 states plus Puerto Rico and the District of Columbia. In doing so, the company now insures nearly 40% of all independent community pharmacies in the nation, far exceeding any other insurer. During this same period, the company has been able to provide over $15 million to support pharmacy associations and scholarship programs.

The Genesis Alumni Award honors graduates of the past 20 years who have achieved early distinction in their field. Nominees include those who have made considerable contributions to the theory and practice of pharmacy or have demonstrated major accomplishments in a professional pharmacy practice or in pharmaceutical research and development. 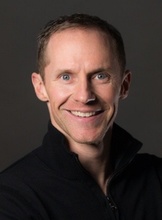 Brand Newland is chief executive officer and co-founder of Austin, Texas-based Goldfinch Health. Brand is an expert in and champion for clinically-validated Enhanced Recovery After Surgery (ERAS) protocols. He helped launch Goldfinch Health in 2018 to bring this critical innovation to patients, employers, insurers, and others nationwide.

With over 15 years of leadership experience in creating, commercializing and scaling new healthcare solutions, Brand has worked to bring high-quality approaches to payers, employers, healthcare providers and patients throughout this career. 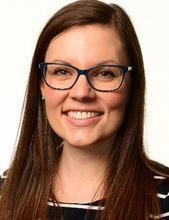 Ann Schwemm is a senior clinical pharmacist at Flatiron Health, Inc., a cancer technology company. Prior to joining Flatiron, she practiced as a clinical oncology pharmacist at the University of Minnesota Masonic Cancer Center in Minneapolis, Minnesota as well as the University of Washington Seattle Cancer Center in Seattle, Washington. Schwemm served as the pharmacist for the UWMedicine Population Health Program. She has worked as a consultant for clinical development for MyMeds, Inc, a tech startup focused on improving medication adherence.